Parking: There is free parking for about 50 cars in the main lot and parking may be available at nearby lots.

Summary: This 600-acre park protects the largest freshwater marsh on the middle Charles River. This park is a great spot for birdwatchers, and it also features eskers, or riverbeds formed inside a glacier; drumlins, long hills formed by glaciers; and Kendrick pond. 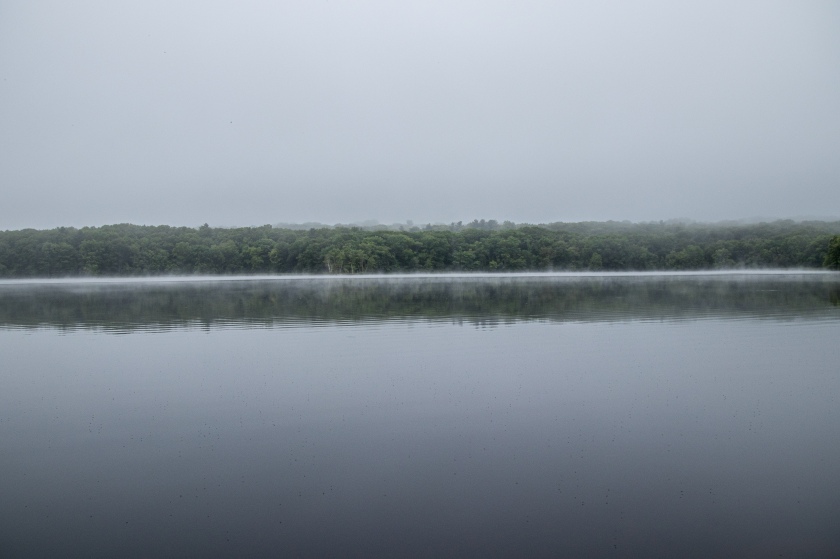 Named for the State legislator, Leslie B. Cutler, who helped the Department of Conservation and Recreation of Massachusetts acquire the land, Cutler Park has some hidden historical significance many visitors may not be aware of.

Soil was removed from what is now known as Kendrick Pond to fill in the area now known as the Back Bay of Boston.  And, if you look closely near the Kendrick St entrance of the park you can still see some of the old tracks of the railroad that was used to transport the soil to Boston.

Although I’m not sure, this tunnel may have been used to transport some of the soil, rocks or logs from the park.  But, now it is used to support the railroad that runs adjacent to the park.

Mist was settling upon Kenrick Pond as I arrived at the park.  It created the perfect backdrop for photos of the landscape and swans at Kendrick Pond (aka Cutler Pond). 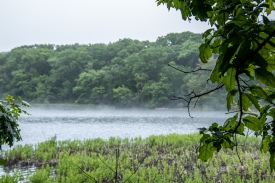 Cutler Park has a diverse assortment of wildlife and birds.  Although I did not see them during my visit, deer and fox are said to be present there. I did see a few other critters, though.

It was spring during my visit so there were a lot of babies at the park.  I got to see some goslings and cygnets with their parents. 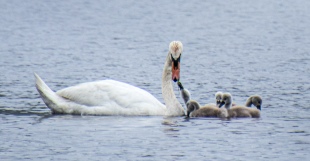 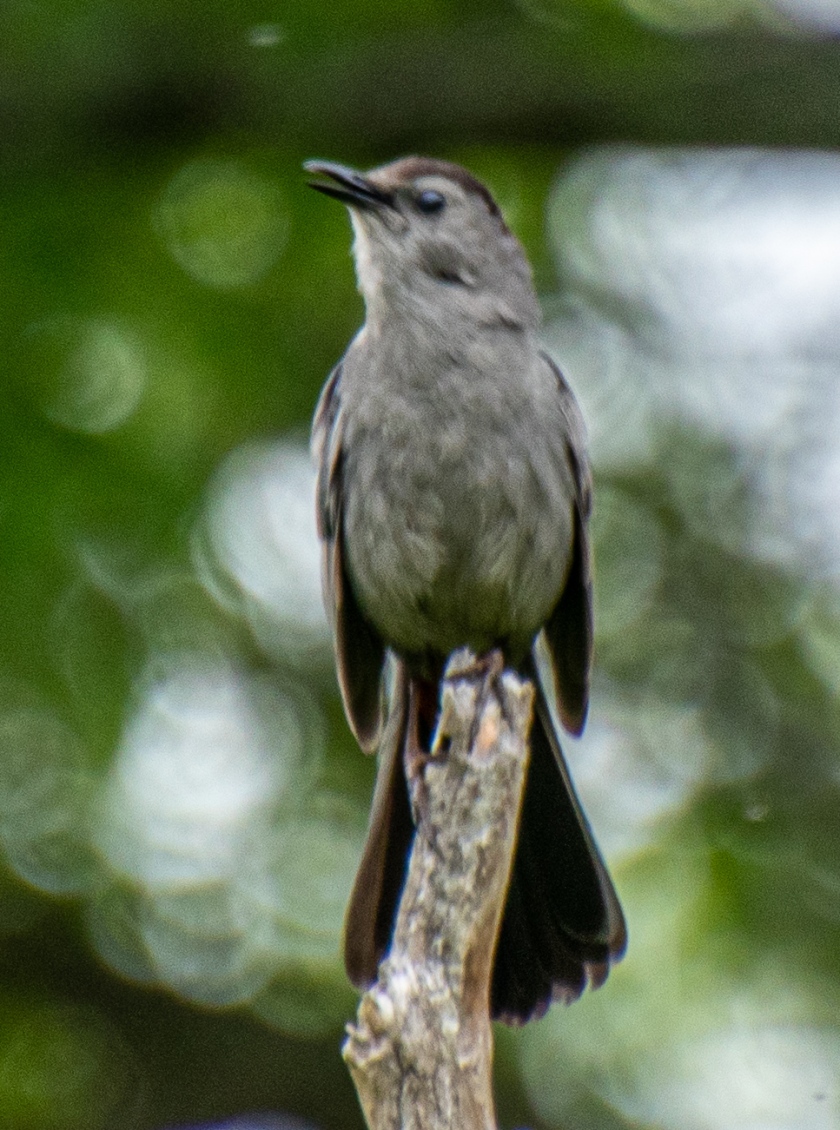 or getting a quick bite

or just chilling in the abundant trees at Cutler Park.

The trails at Cutler Park are mainly easy with a few slight inclines.  The signature part of the trails is the boardwalk along the marshy area.

But, there’s something about the tree lined dirt paths that gives the park a “country” feel despite the fact it is located deep within the suburbs. Cutler Park is popular with kayakers, runners, cyclists and people in some unusual water vessels. 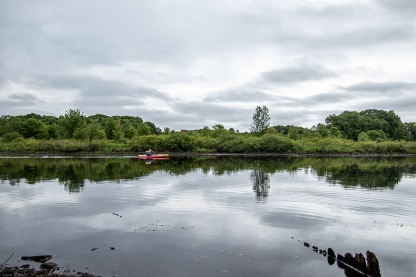 What truly makes the park a hidden jewel are the beautiful views.

The way Casey, a 10 year old Yellow Lab, fetched could give any of  the Sox outfielders a run for their money. 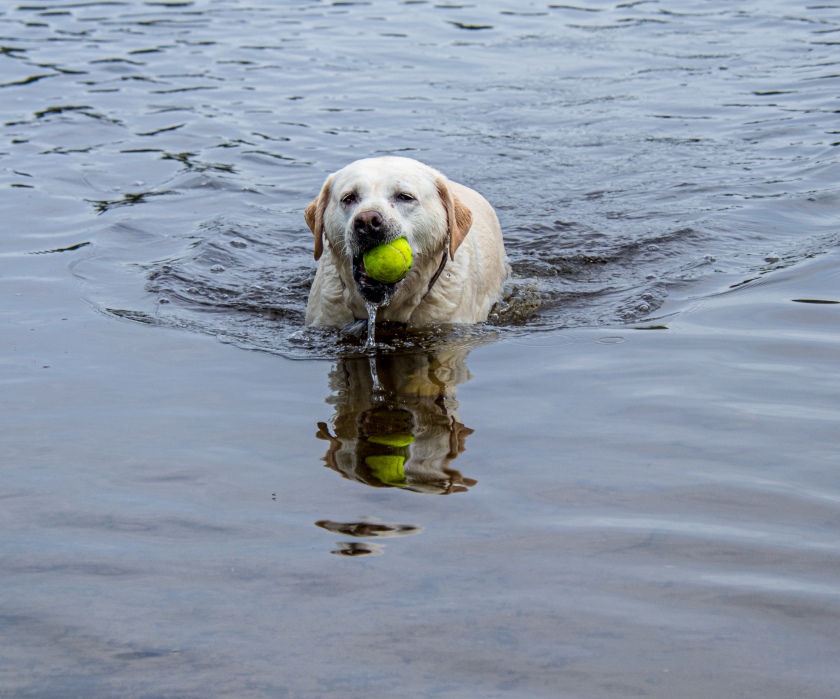 Say goodbye to Teddy, a one and a half year old Golden Doodle mix, from Cutler Park! 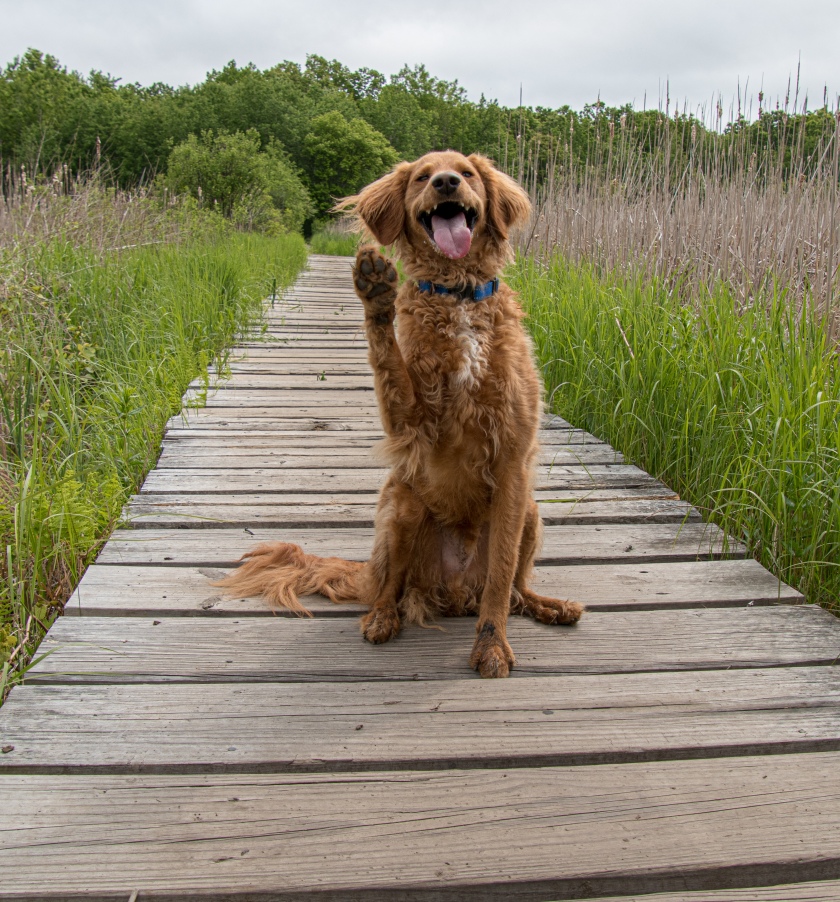