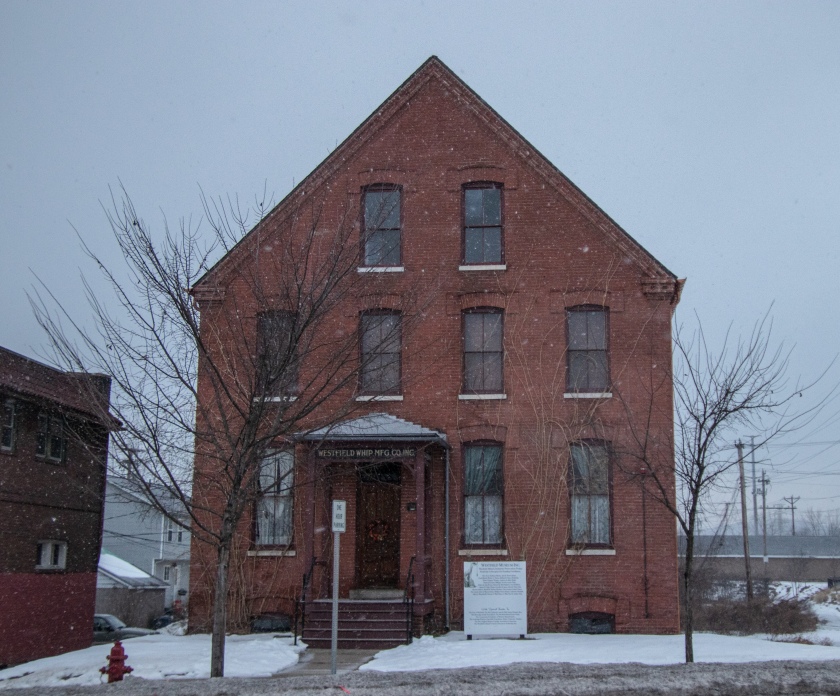 Summary: The first and once leading manufacturer of whips in the United States, Westfield, MA, still retains the title of “whip city.”

Whip City Music, Whip City Brew, Whip City Candle Company.  Why do so many places and shops in Westfield, MA have “whip city” in their name?

The short is because it is “whip city.”

Back in the horse and buggy days of the early 1900s (shortly before my birth), Westfield, MA, was the leading center of the buggy whip industry.  However, as automobiles became more affordable and accessible, the whip industry declined and many of the whip businesses closed shop.  Interestingly, the first car that was built in the United States (it was really a horse drawn buggy with a 4 HP, single cylinder gasoline engine) made its first run on public roads on September 21, 1893 in neighboring Springfield, MA.

The “whip city” brand still lives on.  Dozens of businesses from a siding and window installing company to a travel agency share the “whip city” name.  And the whip industry isn’t exactly dead.  Not yet at least.

People can still have whips made for whatever your purpose at Westfield Whip. The last remaining whip company in Westfield, MA, Westfield Whip was established in 1884.  Located at 360 Elm St, it is very easy to drive by the building and not notice its historical importance.  It may seem like any other old building in a city of old buildings.  But, it has a long history of industry and commerce in the city.  In fact it is such an important piece of history that it was placed on the National List of Historic Places on October 17, 1985.  The Westfield River runs along the side of the whip manufacturing building.  It was shuttered when I went to visit it Friday and it is only open by appointment only. 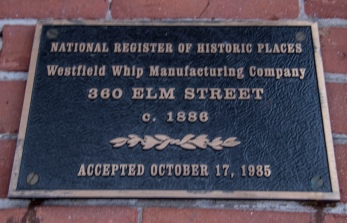 In 1872, Henry Martin Van Duesen formed his first partnership in Southfield and moved his business to Westfield in 1880 making it the first whip manufacturer in what would later be designated “whip city.”  Van Duesen began his career in the whip industry as a whip braider at the age of 11.  The building which once stood as the first whip building manufacturer was changed by Duesen to a factory to the production of lawn swings in 1925.  Stanley Hardware bought the factory in 1936 .  Now, it functions as an apartment building located at 42 Arnold St.  But it still retained the name of Van Duesen. 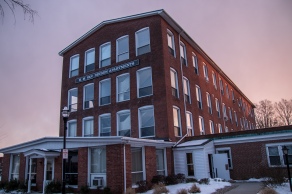 I did gain access to the front desk area and the friendly office worker allowed me to take a photo of the inside of the office area.  Just looking at the brick interior and the structure of the room you can see how it once certainly could have been used to manufacture goods.